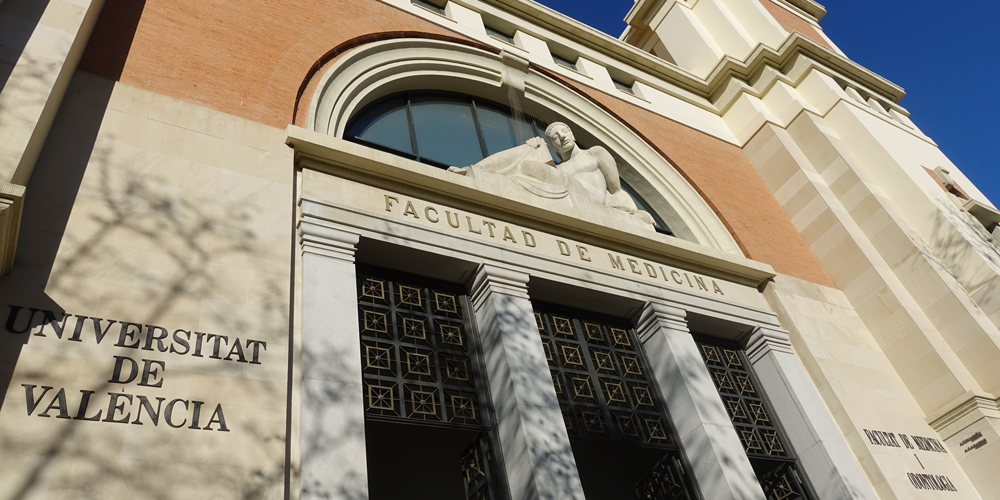 At the Digestive Pharmacology and Inflammation Research Unit we carry out basic and translational research on essentially pathologies that affect the digestive tract and liver and which involve chronic inflammation, with a special focus on cellular damage and regeneration. In the past our research was predominantly in vivo, but we have expanded our approach to include molecular biology techniques. Currently, our main lines of work are centred on inflammatory bowel disease (IBD) and Crohn’s and the toxicity (particularly hepatic and vascular) produced by the antiretroviral drugs prescribed to treat the HIV virus. Other lines of research conducted by members of the group include the study of biologics.

Our group belongs to the University of Valencia and is a member of CIBEREHD (Centro de Investigación Biomédica en Red en el Área temática de Enfermedades Hepáticas y Digestivas), a government-funded national network of research groups working in the area of liver and digestive diseases, since its creation in 2007. We are also integrated in the Fundación para el Fomento de la Investigación Sanitaria y Biomédica de la Comunitat Valenciana (FISABIO) and the Fundación de Investigación del Hospital Clínico Universitario de Valencia (INCLIVA), two research institutes managing the biomedical investigation carried out in the public hospitals of the Valencian region. Since 2014 our group has formed part of the Unidad Mixta de Investigación en Biomedicina FISABIO-Hospital Dr. Peset-Universitat de València-Universitat Jaume I de Castellón, which was constituted to facilitate and potentiate collaborative research projects between clinicians and basic researchers belonging to the three institutions.

The fruit of our work is evident in our growing list of publications in indexed journals of a high impact factor within their field, which has allowed the group to maintain a healthy flow of funding in public/competitive calls for proposals, public calls in the form of both research grants and personnel contracts. The group has been recognised by the Valencian Regional Government as a research group of excellence within its PROMETEO Programme (2010-2013; 2014-2017). Members of our group are part of a COST Action funded by the European Commission’s Horizonte 2020 Programme (TRANSAUTOPHAGY: European Network of Multidisciplinary Research and Translation of Autophagy Knowledge), and others belong to NEAR (Network of Excellence for Autophagy Research), a national network of groups investigating autophagy. A growing list of postgraduate and postdoctoral researchers choose to carry out their master, doctorate or postdoctoral studies within our group, and most receive funding through highly competitive grants. Among the large number of doctoral theses prepared in our laboratories, many have been awarded our university’s annual Best Thesis Prize. 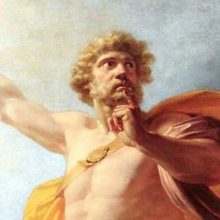 Recognition as a research group of excellence

Our group has been recognized as a research group of excellence for the fourth consecutive time by the Department of Education, Culture and Sports (Conselleria d’Educació, Cultura i Esport ) of the Valencian regional government (Generalitat Valenciana)  as part of its Prometeo programme for research groups of excellence. We have received a 4-year grant for […] 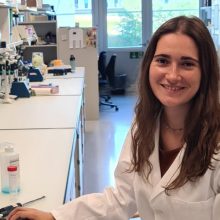 Welcome back to Mariam Blanch Ruiz

Who has recently returned from a 3-month stay at ETH Zurich in the laboratory of Prof. Cornelia Halin Winter (Department of Chemistry and Applied Biosciences, Institute of Pharmaceutical Sciences). Mariam has been investigating the functional relevance of neutrophil extracellular traps on neutrophil entry into lymph nodes and their effects on adaptive immune response. Welcome Mariam […]

Our PhD student Patricia García Martínez has defended her doctoral thesis ” Characterization of the effect of biological drugs on the initial phases of thrombus formation in patients with psoriasis “. 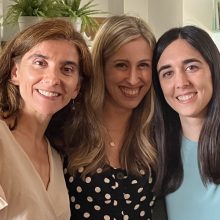 Our PhD student Ángela Moragrega Escolano has defended her thesis “Study of the anti-inflammatory and antifibrotic response of rivilpirine in non-parenchymal liver cells”.